Visit our
Main Page at
www.sowitec.com

Best in wind and solar

Our vision is to develop and participate in projects that aim at sustainability and that are becoming a benchmark worldwide encompassing such values as Ethics and Transparency, Safety, Social and Environmental Commitment and Sustainable Partnerships.

SOWITEC is a company focused on the development of wind, photovoltaic and transmission line projects. With our multidisciplinary team that stands out with high quality projects, we achieve high performance power generation facilities with a low environmental impact.

Founded in 1993 in Germany, SOWITEC is operating in the Brazilian market since 2002. Based in Salvador, State of Bahia, SOWITEC do Brasil is a pioneer in the development of wind projects in the Northeast of Brazil, later expanding its operations to Southeast Brazil.

As of today, SOWITEC do Brasil has developed around 850 MW of wind projects and 254 km of high voltage transmission lines, which are already in operation or currently being constructed. Besides, there are about 2000 MW of solar and wind energy projects ready for commercialization. A pipeline of additionally around 6000 MW is being developed.

SOWITEC group, one of the leading developers of renewable energy projects in the wind and solar sector, has sold five wind projects in Brazil with a total capacity of 483 MW to a major international power utility. All projects are part of a 1.000 MW wind cluster in the state of Bahia. Also in Bahia are located additional 69 MW of a wind project with a final capacity of up to 800 MW, which could be sold to a big European power utility. Bilateral power purchase agreements for these projects are already signed in the free market.

“The sale of the Brazilian wind projects to leading global power utilities is an additional important milestone and proves again the big trust of investors into SOWITEC and our projects." says Frank Hummel, CEO of the group.

Job Opening: Internship at our Business Development in São Paulo

SOWITEC Group is currently looking for an intern to join its Business Development team based in São Paulo, Brazil.

SOWITEC group, one of the leading developers of renewable energy projects in the wind and solar sector, has sold three wind projects in Brazil with a total capacity of 770 MW to a major European energy supplier. Two projects with a capacity of 620 MW are located in the state of Bahia, the third project with 150 MW in Pernambuco. With this the successful year 2019 for SOWITEC in Brazil continues, following the sale of a 200 MWac photovoltaic project in January and the closing of contracts for 2,793 MW with major international investors.

“The sale of these three large wind farms to a leading global utility company once again proves the outstanding quality of SOWITEC projects. The energy market in Brazil is facing fundamental changes from which competitive renewable energies will benefit and which will allow SOWITEC to grow significantly in the market." says Thomas Schulthess, Managing Director of SOWITEC do Brasil.

Through a joint venture, Norwegian based aluminium producer Hydro and SOWITEC will see if it is possible to develop a large-scale floating solar power project in Para state in Brazil. The solar project is planned to be installed on Lake Tucurui in the state of Para. If realized, the solar plant will produce electricity for Hydro’s operations in Para, including the alumina refinery Alunorte and the primary aluminium plant Albras.

“Hydro has a clear strategy to further reduce emissions from our operations. Increasing our use of clean energy is an important contributor to achieving that target.” says executive vice president of Hydro’s Energy business area, Arvid Moss.

The project is currently in its initial planning phases and several factors need to be in place before a build decision can take place.

“If we succeed in realizing this project, it will be an important milestone for floating solar development in Brazil.” says CEO of SOWITEC, Frank Hummel.

The companies are currently looking into several technical aspects, and until those are concluded and the necessary authority approvals are in place, it is too early to disclose details about potential plant size or the relating project cost.

On Monday this week, antitrust authorities in Brazil approved the joint venture, one of several authority permits necessary to establish the project. Hydro and SOWITEC expect it will take around two years before knowing if the project can be realized in a profitable way.

SOWITEC group, one of the leading developers of renewable energy projects in the wind and solar sector, has sold through his subsidy SOWITEC do Brazil a 200 MWac photovoltaic project in the state of Pernambuco to a major European power utility. Through this sale, the second major solar project is successfully sold within the past nine months, after a 400 MW project had already been sold to the same investor in May 2018. Both projects are part of a solar cluster with a total capacity of up to 1,000 MW.

With the experience gained from the development of almost 1000 MW of wind farms in operation, SOWITEC is already established as one of the most important project developers on the Brazilian wind market and is now well on its way to positioning itself as a leading solar developer.

„After two difficult years due to the political and economic crisis in Brazil, we are pleased to have successfully completed this sale. Further project sales have already been initiated and we are confident that we will be able to announce the next successful deals in the first half of 2019"; says Matthias Pfister, Managing Director of SOWITEC do Brasil.

The new Brazilian Minister of Mines and Energy, Bento Albuquerque, announced that he intends to increase the predictability and transparency of electric, oil and gas and mining auctions to increase the competition and investments in Brazil. Albuquerque also vowed to find a solution for the debts related to the hydrological risk of the generators with contracts in the free market, which have blocked operations in the short-term market. The amounts outstanding due to court decisions total almost R$ 7 billion.

ANEEL / MME publishes an ordinance that expands the free energy market. The new standard will reduce the consumers' load limits for contracting the electric power in the ACL. The current limit of 3,000 MW will be reduced to 2,500 MW from July 2019 and to 2,000 MW by January 2020.

During the 21 and 22 of November 2018 SOWITEC has realized a social activity in two schools in the city of Tucano / Bahia, aimed at building a communication process between the population of the areas of influence and the wind farm Tucano. The activities carried out were bird watching and gardening in school. The activities had the objective to approach environmental issues with a view to education and providing information in a playful way, thus enabling everyone to have direct contact with the nature.

2019 auction calendar - EPE expects a series of auctions for 2019. For the beginning of the year, it is foreseen to have a generation supply auction for the state of Roraima, a reserve power auction and an A-4 auction. A A-6 auction as well as a A-1 and a A-2 auctions for existing energy are planned to take place in the second half of the year. For the energy transmission the schedule points to a transmission line auction in the first half and an additional in the second half of 2019.

The brazilian ministry of mines and energy (mme) announced a A-6 new energy auction foreseen to take place on august 31st, 2018.

The average price of wind energy was R$ 95.58 / MW with average discharge of 64.3%. SOWITEC DO BRASIL achieved the commercialization of the project ZEUS SP02 of 30MW (15 Turbines of 2 MW).

Foundation of SOWITEC do Brasil

SOWITEC do Brasil is composed of a multidisciplinary team with highly qualified employees, which are experts in their respective areas of activities and that assure high quality projects and the execution of standards at all stages of development by using the most advanced technologies and methodologies to manage the development of wind and photovoltaic farms as well as transmission lines.

SOWITEC believes in sustainable development, where energy generation and economic growth are linked to the preservation of the environment and the social development of the communities in the regions where it operates. The planning and development of its projects seek additionally to the specific regulations and legislation in each country to meet international standards of sustainability, such as the Equator Principles and the Social and Environmental Sustainability Performance Standards of the International Finance Corporation.

SOWITEC understands that its success depends on ethical and transparent partnerships and relationships with partner companies, investors, local players and communities. As part of its scope SOWITEC performs the mapping and analysis of stakeholders, communication plans and stakeholder engagement plans. Land owners, where measurement towers, wind turbines and photovoltaic panels are installed, receive financial income, contributing to income generation of these fundamental partners. In addition, SOWITEC carries out socio-environmental studies and analyzes the potentialities and fragilities of the surrounding communities with regards to the implementation of projects and actions, taking innovations and boosting the economic and social development of these localities in a sustainable way.

SOWITEC's processes and business are driven by socio-environmental responsibility. Communication within the company and with our business partners is open and trustful. SOWITEC performs ethical, fair and safe business operations regulated by the Code of Conduct, Third Party Compliance Rules and internal regulations, always ensuring the compliance with the guidelines. Our activities are carried out with integrity, good socio-environmental practices and in accordance with the International Financial Corporation (IFC) Performance Standards, Equator Principle, Brazilian laws and regulations. SOWITEC provides communication channels to receive messages of any kind of complaints or compliments related to the company.

Welcome to the ethical communication channel of SOWITEC do Brasil. This is a channel for communication of conduct that violates SOWITEC’s Code of Conduct, Third Party Compliance Rules, internal policies and rules or current laws and regulations. Please be aware that any intentional reporting of false and unfounded information is prohibited. The communication reported here may be made in an identified or anonymous way, total secrecy and confidentiality being guaranteed to the complainants.

See our Code of Conduct

Channels available for registration of any messages are: 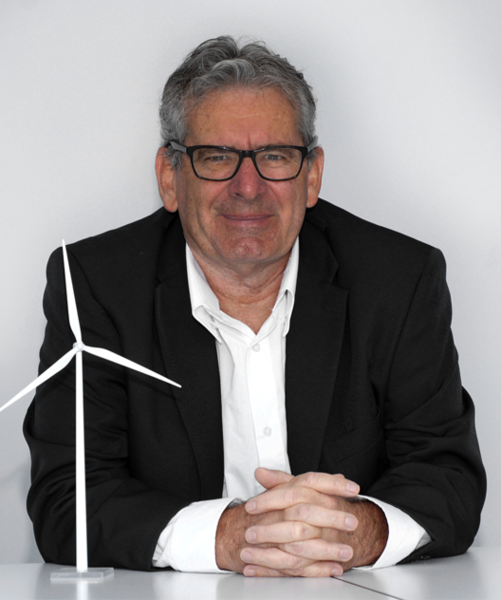